from Sheep On Drugs 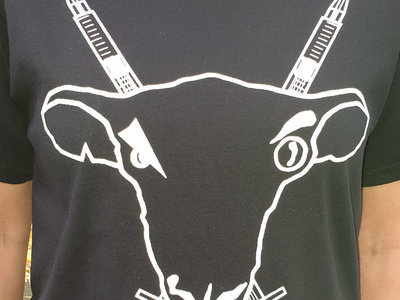 ships out within 3 days

More merch from Sheep On Drugs

Sheep on Drugs are a British techno/Industrial music group, formed by Duncan X (a.k.a. King Duncan) (vocals) and Lee Fraser (a.k.a. Dead Lee) (guitar/keyboards) and currently composed of Fraser and Johnny Borden (vocals/keyboards). Originally classified as part of the rave movement, the duo emerged in the early 1990s with a string of singles, including "Motorbike," "15 Minutes of Fame"& "Track X" ... more